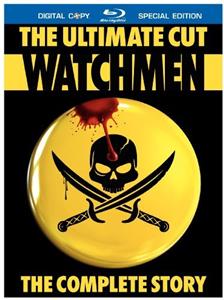 A television interview with Hollis Mason, The first Nite-Owl, about his life and the superhero community.


The commercials used in-between segments of this feature are genuine commercials from the 1970s, except with newly recorded voice-overs. The exception to this is the first commercial (Veidt Nostalgia), which ties in with the character of Ozymandias, played by Matthew Goode, from the main Watchmen: Die Wächter (2009) movie.

Under the Hood is based upon a series of text excerpts written by Alan Moore, featured in the original Watchmen graphic novel. The text portions, taken from a fictional character's autobiography, explained plot points and inside information which couldn't be fit into the main story.