Yoko Ono discusses her exhibition at Sydney's Museum of Contemporary Art, which opened in November 2013. Along with curator Rachel Kent, the two


Joseph Badlotto recounts a unique encounter he had with John Lennon and Yoko Ono while participating in one of their art exhibits. A string of events 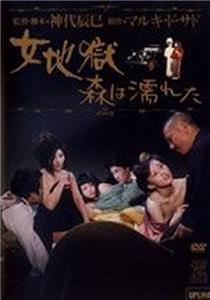 Sachiko is on the run from the law after being implicated in the murder of her mistress. In her travels, she comes across the charming, squeaky-voiced Yoko who offers her refuge in her candle-lit inn. She can't believe her luck. But of course, things are never that easy. Yoko calmly informs her that her husband, Ryûnosuke, is a cruel and violent man. Upon meeting him, it becomes clear that Yoko's claims were not unfounded - though she has left out the part about how she enjoys cruelty and sexual deviance just as much as her significant other. The couple blackmails her and threatens to deliver her to the police. Sachiko has no other choice but to obey them. {locallinks-homepage}