Keep your friends close and your frenemies closer... 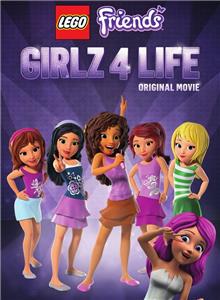 LEGO Friends' First Movie Ever! The girls' friendships are tested when mega-popstar Livi comes to Heartlake City. When our friends' hit song "Girlz" is stolen by Livi's manager, it's time for a cunning plan. As the girls try to tell Livi the truth about her latest hit single, they all learn that fame isn't everything and sometimes friendship is the most precious thing in the world. Join Olivia, Stephanie, Emma, Mia and Andrea as they learn one of life's most important lessons while having fun along the way.