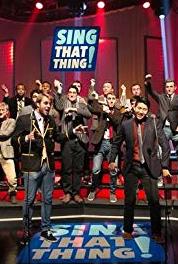 Five weeks, 24 singing groups, and it has all come down to this. The grande finale of Sing That Thing Season 1 is here! Which four groups will be crowned Category Champions and which single group will be given the coveted title of Overall Winner for Season One of Sing That Thing? From a performance of Britney Spear's "Circus" to a fun rendition of "I Can't Recall His Name", the final eight groups bring on the heat for their last performances. Featuring Jim Papoulis, Boston City Singers, Boston Arts Academy Spirituals Ensemble, Ssockapella, Syncopasian, Fermata Town, None of the Above, Musica Sacra, and the Merrimack Valley Chorus