Although the song was never performed live, two videos of the song exist. The first one was shot on 19 or 20 February 1968 for Belgian RTB TV and


Music video for Alabama's song, Song of The South.


Contestants try to do the cup song. Mr. Judge is back.


Rock out to the full Dino Yacht Club theme song. 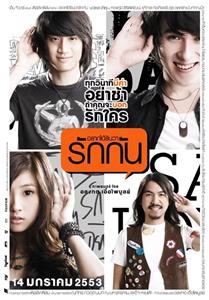 Song is a young rocker whose rock band has failed. Down on his luck on the streets of Bangkok, he is rescued from a beating by motorcycle-taxi drivers by a gang of scooters. The leader of the scooter gang is a childhood friend, a guy named Gao. Song secretly always despised Gao because Gao was more popular, better looking and more successful. Back when they were in school, Gao played the handsome prince in a school play while Song played the rock Gao sat on. Gao also has a nicer place to live. Song then finds himself locked out of his dingy little room and Gao generously lets Song become his roommate in a multi-story townhouse. Song bumbles around and finds a job in a corner record shop. And from there he makes friends with his dream girl, Nhor (Rujipas Korkiet), an artistic sort-of-hippy chick who is heartbroken over her old boyfriend. Realizing her situation Song tries to woo Nhor over and make her forget about her old boyfriend. However, tragedy strikes when the ex comes back into ...