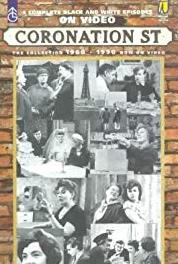 Steve tells Elsie he's doing her a favour making her an American. Annie gets the men into training in the Rovers. Len is concerned as the Council have plans for Elliston's Raincoat Factory. Jack throws out a spy from The Flying Horse. Polly Sagan announces the factory is closing down. Len advises Elsie to let Steve go to America on his own - she belongs in Coronation Street.