Two teenage brothers reach tipping point with their violent, emotionally damaged father. They decide to leave, without anything but each other and a


Frank Gates is an LAPD cop with a rocky past and a dark secret. He restarted his life thinking he was finally safe, but the past is never far behind.


Music has been so emotionally engrained into Damon's life that the numbing silence of his recent deafness has left him unstable. A neurological study 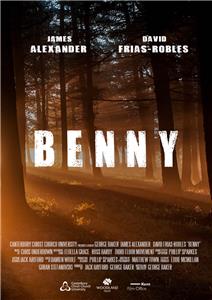 A distressed and emotionally unstable man is forced to reunite with his brother, in an attempt to bury their past. {locallinks-homepage}

A student film that was created in the team's final year of University.

The soundtrack was influenced by Cliff Martinez's score for Nicolas Winding Refn's 'Drive' (2011). The vocals performed by Floella Grace were influenced by the work of Hans Zimmer and Lisa Gerrard, particularly the soundtrack for Ridley Scott's 'Gladiator' (2000).

The 'pick-up scene' was originally scheduled to be filmed in the car park of 'Dreamland' in Margate, Kent. However the setting was changed at the last minute after the cast and crew stumbled across the underpass whilst en route to the original location.

The quick transitions during the breakfast scene pay homage to Edgar Wright's iconic technique, as demonstrated in 'Shaun of the Dead' (2004) and 'Hot Fuzz' (2007).

If you look closely you will be able to see a photo of Benny during the lounge scene at the start of the film.

Colour representation is heavily featured in the production design of the film. James Alexander's character is represented by the colour blue where as David Frias-Robles' character is represented by the colour red. For example the colour of their capes (during the flashback scene) matches the colour of the coats worn by the two characters throughout the rest of the film. This is also later demonstrated during the final scene when the characters place a red tennis ball and a blue toy bone in front of Benny's grave. James Alexander's character also pulls out a blue dog tag.

The ending of Benny has minor similarities to the ending of 'The Rover' (2014) starring Guy Pearce. This is a complete coincidence as Benny was filmed and edited months before the release of David Michôd's feature film.

A cover of 'Old Shep' by Johnny Cash can be heard during the freak-out scene. The lyrics are about the loss of a mans childhood dog.