A woman's family and friends throw her a welcome home party when she's released from the hospital.


Manon needs money for a school trip, so she answers an add to sell lingerie at home. Of course she tells her father it's a Tupperware party instead


Matilda and the Ramsay Bunch are back home in London and they're throwing a party for some of their friends. Matilda's in charge of the party food:


It's been a while since high school baseball lost its glory. And to prove this, only a few parents and alumni are sitting in the seats. No one takes


Sixteen year-old Mol runs away from reform school and breaks into her family's house. When her parents return home and find her, it becomes clear 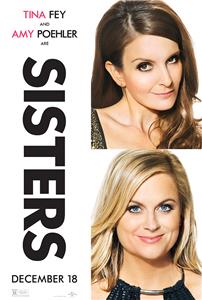 Two sisters decide to throw one last house party before their parents sell their family home.

Sisters Kate and Maura Ellis are summoned home to clean out their childhood bedroom before their parents sell the family house, much to their dismay. Looking to recapture their glory days, they throw one final high-school-style party for their classmates, which turns into the cathartic rager that a bunch of ground-down adults really need.

In their previous movie together, Ой, мамочки (2008), Amy Poehler played the "bad girl" and Tina Fey played the "good girl." In this film, the roles are reversed.

This movie was originally titled "The Nest."

Excluding documentaries and television appearances, this was the sixth film in which Amy Poehler and Tina Fey appeared together.

Diane Wiest and James Brolin played elderly parents/grandparents in this movie. In Life in Pieces (2015), they also played grandparents.

This was the second movie with Tina Fey and Amy Poehler starring in the main roles.

Tina Fey and Amy Poehler had previously worked together in Дрянные девчонки (2004) and Ой, мамочки (2008).

The store in the beginning of the movie, The Iron Tomato, is located in the city of White Plains, New York, Westchester County.

Amy Poehler and Maya Rudolph previously worked together in Shrek the Third (2010).