This is the story of George. Everything in his life is perfectly organized. George loves hygiene, but he's terrified of dentists. Now George sits in 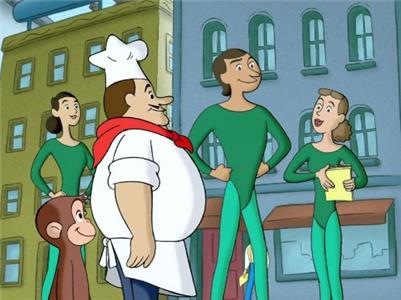 The Amazing Balancing Zucchinis come to town, and George realizes that there's nothing he wants more in life than to be an acrobat./Winter is closing in and George is miserable...how's he going to survive without all the fun summertime activities he loves?