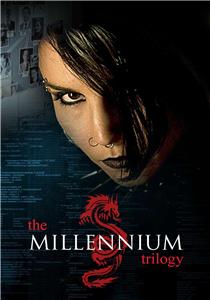 The adventures of journalist Mikael Blomkvist and hacker Lisbeth Salander.


The complete mini-series has been issued on Blu-ray & DVD in North America, but marketed as 'The Girl with the Dragon Tattoo Trilogy: Extended Edition' and has a complete running time of 558 minutes.