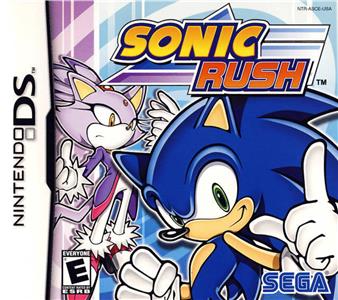 Sonic Rush is a Nintendo DS game starring the famous blue hedgehog and a female character called Blaze the Cat.

The first game to feature and Blaze the Cat.

During the credits, the name of Blaze's voice actress Bella Hudson is misspelled as 'Berra' Hudson.

For the build of the game at E3 2005, Sonic was voiced by Ryan Drummond, as it used recycled dialogue from Sonic Advance 3. In the final release he was voiced by Jason Griffith.