What happens when kids of the world's mightiest heroes and villains are brought together and put to the test??? They become - THE LEAGUE OF ORDINARY 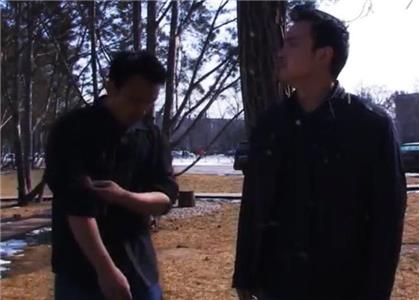 From the team who brought you Troika and Assignment Auron comes their fourth feature film. In a world with people who possess special abilities, a few decide to test their skills in a competition. But one competitor who wishes to be the best, takes matters to his own hands which leads to deadly consequences.


This film was inspired by Dragon Ball.

Filmed in several locations including Toronto, Beijing, and Belgium.

Kent Ong and Jourdan Chow were the only actors with actual martial arts experience. The remaining actors had to learn basic fundamentals to prepare for their fight scenes. Needless to say, everyone still performed their own stunts.

The development of this movie took many years due to several factors including the unavailability of certain actors and international filming locations. In addition, post-production took an extra year to complete due to the high amount of special effects that were used in the film.

Jourdan had a severe cold during the filming of his fight scene with Kent.

The most expensive oX Pasture film yet.

The only oX Pasture film not written by Jourdan Chow.

The scene where Kent and Pavel are sitting outside on the tree trunks, was shot in the summer of Beijing with a temperature of over 30 degrees Celcius. Both actors were required to wear winter jackets to prevent continuity errors from shots recorded in the winter. When the camera stopped rolling, both actors quickly removed their jackets and didn't want to redo the scene.