A former secret service agent turned private detective finds himself hired as a Nazi-hunter to avenge a murder committed during the Second World War. 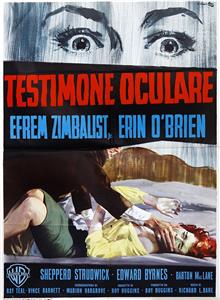 A private investigator is hired to find and protect a singer who witnessed the murder of a union official and is being stalked by the killer. What he doesn't know is that he has actually been hired by the killer himself.


Pilot for the TV series 77 Sunset Strip (1958). The film was re-edited and aired as the first episode of the series.