The lawyer Bholanath Roy adopts Anita (Kanan Devi) who grows up into a beautiful and fashionable teenager. She meets Dilip, the lawyer's estranged


Young and beautiful Rajeshwari is the priestess of Devi Maa Durga's temple in a small village in Southern India. She is well-known and respected by 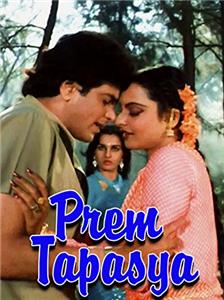 Mohan Verma meets with attractive Devi and falls in love with her. His parents would prefer that he marry Anita, but he refuses to do so. He proposes his love for Devi, but Devi rejects, and even humiliates him. When Devi comes to know that Mohan really loves her with his heart and soul, she repents, and accepts Mohan's proposal for marriage. The marriage is set to take place within a few days, and preparations are on. Then Devi's brother, Nandlal, comes across a secret about Mohan's life, and puts a stop to this marriage. Devi finds out that her brother is behind this, and tells Mohan, and they plan to get married in secret. That night Mohan does not show up, and Devi is devastated. Fearing that he may have been involved in an accident, she contacts him and finds out that he was out with another woman, a woman named Laila.


Rekha's poignant tawaif act was the only highlight of this otherwise forgettable movie. Jeetendra character professing undying love for the Reena Roy character had no depth or convictions since there was no build up or back story to it. Rekha was offered to choose between the two roles and the role she chose, though shorter in length, was the meatier one when it came to histrionics. Of course by then Rekha was also the queen of such tawaif roles - Karmayogi, Suhaag, Kasme Vaade, Muqaddar Ka Sikander, Maati Maange Khoon, Daasi . . . the list is endless.