An eccentric landlord gives a young woman a tour of a house for rent, in spite of its former tenants' enduring presence.


Three different women arrive at a house tour only to discover that they all have one thing in common. 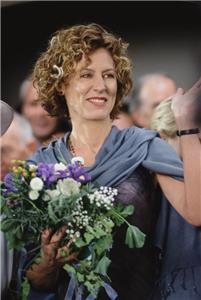 Based on the New York Times Bestseller "Open House" by Elizabeth Berg.