A young boy mistakes a struggling actor as the real life version of his favorite comic book superhero. 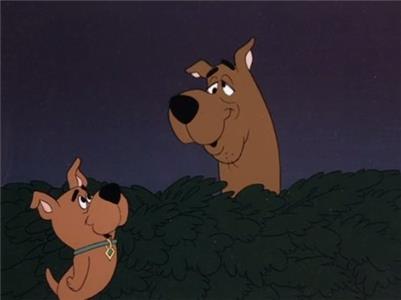 The gang's favorite comic book superhero, the Scarab, comes to life as a super villain.


This episode is based on Mark Evanier's 1974 Scooby-Doo Where Are You! (issue #24) comic book story titled 'Mark of the Scarab' which featured the Jerry Sloane character and The Blue Scarab. Evanier (who also wrote the episode) recycled the story for this pilot episode adding Scrappy to the story. The Blue Scarab character - originally a hooded figure inspired by the Jack Kirby era of Marvel comics - was redesigned to resemble the DC Comics style superheroes that by 1979 had become very popular in television and film.

When Scooby causes an avalanche of comic books to fall on top of him, one of the comics that land on him has Yogi Bear on the front cover.