Set in Hong Kong, Eya is a shy teen who takes writing as a way to escape alienation, bullying and loneliness. On the school fun day, Eya remains 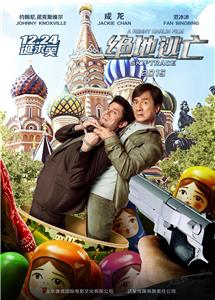 A detective from Hong Kong teams up with an American gambler to battle against a notorious Chinese criminal.

Still blaming himself for the untimely demise of his best friend after nine long years, the veteran Hong Kong police detective, Bennie Chan, still finds himself on a wild-goose chase, trying to expose the elusive criminal kingpin known only as "The Matador". So far, nothing has changed, and Bennie's main suspect--the corrupt entrepreneur, Victor Wong--is, above all, legally untouchable. However, when Samantha--his late partner's only daughter--has a brush with the mob, Bennie will have no other choice but to seek help from an improbable ally: the flamboyant American gambler, Conor Watts, who has serious problems of his own with the Russian mafia. Now, the unlikely duo must cross the vast landscapes of Mongolia and the Gobi Desert to return to Hong Kong in one piece, as the Matador is still unknown. Will Bennie ever find the hard evidence he needs to put him once and for all behind bars? {locallinks-homepage}


Seann William Scott was set to star as Connor Watts but dropped out. Johnny Knoxville replaced him.

The Mandarin/Chinese song that Johnny Knoxville sings that can be seen in the trailer is actually Jackie Chan's song "Ming Ming Bai Bai Wo De Xin" (Please Understand My Heart). Back in Hong Kong, Jackie Chan sung this song to great acclaim.

On December 17, 2014, Cinematographer Kwok Hung Chan drowned while on a shoot for this movie.

Jackie Chan and Director Renny Harlin had scheduled filming a fight scene for the abandoned film "Nosebleed" on the roof of the World Trade Center the morning of the 9/11 attacks. Instead re-scheduling the shoot for the next day as Jackie Chan came up with new stunt and fight choreography ideas using a window washing lift.

Jackie Chan came up with the name "Bennie" for his character, so, at some point, his partner's daughter Samantha to called him "Uncle Bennie". This is an homage to Kim Chan, who played the character "Uncle Benny" in American movies including L'arme fatale 4 (1998). He only changed the ending -y to -ie out of courtesy.

This movie reunites Director Renny Harlin and Jackie Chan after shelving "Nosebleed", which would have been the only Hollywood movie to allow Chan to use his signature 1-2 "Super Stunts".

The character Dasha was played by Eve Torres, who is trained in Brazilian Jiu-Jitsu, and was previously in WWE as a wrestler.