Tom returns from college and marries Jane. Their favorite place on the farm is the old parlor with its organ, rag carpet, old table and family album.


Nemt is a film about the identity of Yiddish culture. One of the filmmakers returns to her native Lithuania, leading to a broader series of


Following two fishermen from different parts of New York City, this film explores what the sport means to anglers young and old. While adults like


In the wake of their father's death, two estranged siblings begin a journey of self discovery. When family responsibility conflicts with their


The Graveyard explores friendship through dialog, metaphors, flash backs and fantasies. A young man meets at the beach for a catch up with a young 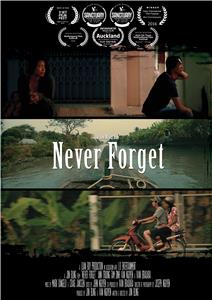 Director Jon Bling's transnational film puts the spotlight on a young woman's journey of the heart as she deals with inter-generational and intercultural gaps. When Kim, a young Vietnamese Australian woman, hears about her estranged father's death, she returns to Vietnam for the first time in 10 years to begin the process of reconciliation and healing. Caught between two worlds, Kim must decide what she wants to learn and take from her homeland. In Ho Chi Minh City (Saigon), she gets reacquainted with an old extended family friend, Bao, who gives her a local view of the city. As she explores the dynamics of the place she had left behind, the tension between wanting to forget the past and always remembering begins to fade. With its completely bilingual dialog, the film shows the language limitations of a Westernized generation and the emotional confusion that comes with navigating what it means to be Vietnamese in today's hybridized world. As she plays childhood card games and recalls ...


The film was 6 years in the making. Director Jon Bling had visited Vietnam for the first time in 2010 and started writing immediately. Casting was done in 2014 and production began in 2015.

It's world premiere was at VIET FILM FEST 2016 in Orange County, California. It was nominated for Best Film and won Best Actor for it's main star Tam Dinh.

Director Jon Bling self-funded the entire production by djing 35 weddings. All the couples are listed in the "special thanks"

On the day of filming the cemetery scene, Director Jon Bling forgot to give thanks to his past relatives as it was traditional. This resulted in the many paranormal activities on set such as the camera hard drive breaking down, the car engine stalling, the hotels being haunted and luggage being lost on the way back to Australia. With this in mind, Jon Bling travelled back to Vietnam to fix the situation. After that, nothing else happened.

The entire film was shot on a CANON 5DmkIII with an ATOMOS NINJA in 17 days on location in Vietnam. Additional 2 days in Melbourne. It took 6 months to edit on ADOBE Premiere CC and 3 months to do sound design at the Backlot Post.

The original truck was deemed "too new" for production. So the location manager walked down the road from the hotel and asked a local mechanic for his truck.

All the actors in Vietnam were either family or local residents.

It took 6 hours to travel by bus and 30 minutes by boat to get to the village.

The entire town of Rach Gia came out to view the fight scene.

All the hospital scenes took one day to shoot.

The bike scenes throughout the movie were filmed non-consecutively. No production bikes were organised. The location drivers had to pull over anyone who was willing to lend their bike to the production.

The dialogue scenes in the truck were filmed by Director of Photography Joseph Nguyen by hiring a taxi and driving alongside it.

The script was written in English before being translated to Vietnamese. It is only 60 pages long.

To prepare for her scene in front of the graves, Director Jon Bling left actress Ann Truong alone while Director Of Photography Joseph Nguyen sat beside her ready to film. The unbroken shot is over 20 minutes long.

The father's voice-over is Director Jon Bling's actual father's voice. His mother can be heard in the ADR of the bakery shop attendant and Kim's mother.