Based on Australia's first Prime Minister, Edmund Barton, through his final years as a political figure, fighting challenges to his leadership while


Scene of the funeral of Prime Minister William Gladstone.


It's 11 September again and Osama (the face of terrorism worldwide) is planning to destroy four major cities of the world (New Delhi, Washington DC,


Andrew Neil presents live coverage of the first Prime Minister's Questions of 2019. Plus, the latest defeat for the government and President Trump's 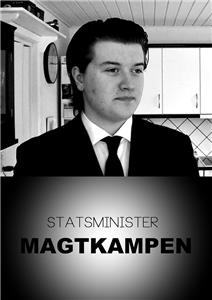 Soeren Rasmussen Chairman of the Labour Party wins a great victory in the election in 2000 over Henrik Borg, Soeren sitting there after in office until in 2007 where he comes out for a case that he suddenly changed their position on the climate issue, and become forced to resign as prime minister, Lars Rygaard the former Foreign Minister and Defence Minister, takes over as Prime Minister just like he always wanted. Some years later Soeren is calling his old friend Erik Lund from the Moderate party, and says to him that he should go out of the Government with the Labour Party and enter in a new government with the bourgeois parties. Erik choose to follow Soeren's advice to go out of the Government with the Labour Party, It succeeds as Soeren hoped and Erik becomes new prime minister for the center-right government, in 2016 Erik lose the prime ministry to Troels Andersen.