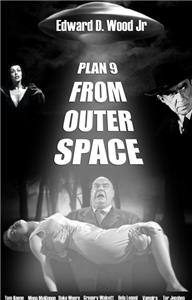 Paul beings Season 2 by announcing his recent graduation from a two-year college and shows his desperation for finding work. While talking about the episode's film (Ed Wood's craptacular "Plan 9 from Outer Space") he tries to get the audience drunk by creating a drinking game, but then decides that shots of another beverage might be better (if not as tasty and fun). Following the film, Paul gives us a rundown of the IMDb Top Twenty Worst Films of All-Time to see where "Plan 9" ranks and answers that age-old question: is Dick Cheney the reincarnation of Tor Johnson?