Bing Crosby and the Sounds of Christmas (1971) watch online 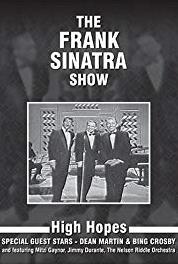 In the only episode of this series filmed in color (but probably broadcast only in black-and-white), legendary crooner Bing Crosby is guest star. Crosby joins Sinatra in performing many classic Christmas songs, among them Sinatra's version of "Mistetoe and Holly" and Crosby's famed "White Christmas". Some of the songs are performed on a set with a backdrop of Victorian England; other songs were performed on a set that resembled a hip late-1950's bachelor apartment. This episode has been released in color on DVD.

This 30-minute show was released on DVD on October 7, 2003 as "Happy Holidays With Bing & Frank". As an extra, the DVD includes an approximately 45 minute question and answer session with daughters Nancy Sinatra and Tina Sinatra after a special public screening of the long unseen show in Los Angeles in 2003.

Because Bing Crosby liked to pre-record his music in the morning and lip synch on film and Frank Sinatra preferred to record live in the evening, the musical "duets" were recorded ten hours apart with only soft piano accompaniment. Nelson Riddle overrode the piano with the orchestra during editing.

Filmed in color, although ABC originally broadcast it in black and white.