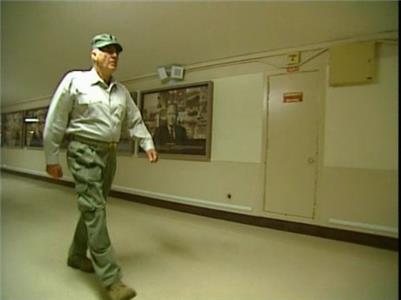 The Pentagon: #69. In Washington, DC, R. Lee Ermey takes viewers inside the nerve center of American defense--the Pentagon. The Commandant of the Marine Corps gives Lee a rare interview, and Lee reviews the Pentagon's past to show how the world's largest office building came into being, what keeps it running, and what kind of work goes on inside to fight wars and keep the peace. Next, Lee hangs out with the PFPA--Pentagon Force Protection Agency. We see a RAM--a Random Anti-Terrorism Maneuver, meet officers and dogs that patrol the Pentagon, and the Gunny gets a little trigger time at the Pentagon firing range with the PFPA's newest automatic weapon, the UMP40 submachine gun. And Lee infiltrates the Navy Operations Center, where ships and sailors are tracked 24/7, and the Army Operating Center, where troop movements are tracked. Finally, he looks back at September 11th and shows how the Pentagon has changed since that dreadful day.