George Daynor gives a tour of his depression-era wonder, the Palace of Depression, a palace built of out discarded junk that became a tourist 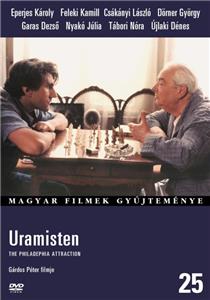 Young artiste (Oszkár Sajek) has an accident and gets a limp. He finds out that a superannuated artiste (Lipót Binder) has a fantastic attraction. Sajek would do anything to get it, but Lipót Binder is a very stubborn old man.

Gárdos got the inspiration for the movie after he saw a 1930s picture of a magician who posted himself from New York to Philadelphia in an iced train wagon. Gárdos also considers E.L. Doctorow's novel 'Ragtime' as an inspiration.

21 actors, including János Kulka, Pál Mácsai, Zoltán Bezerédy and György Dörner were considered for the male lead, which eventually went to Károly Eperjes.

This movie inspired by a real story. In 1931 a stunt named Andrew Moro allowed himself to be frozen up in a solid cake of ice for thirty minutes in Portland, Oregon. He survived.