A lonely and withdrawn teenage girl struggles to come to terms with her father leaving the family home and her strained relationship with her mother.


After a long wait by the bridge, a young girl's arrival helps Ms. Meng make her decision of letting go.


CLEAVER'S DESTINY tells the story of Amy Cleaver, a troubled teenage girl who discovers that her father is a homeless veteran with no memory of her.


'Tot Ziens!' (We'll meet Again!') is a film about saying goodbye and letting go. It is the story of Anna a twelve year old girl who is incurable ill.


The story of a teenage girl who starts wearing a Jewish charm bracelet that she received for her birthday. She then begins to experience 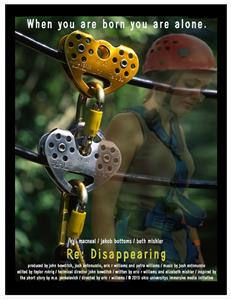 The story of a teenage girl struggling with her father's abandonment until a stranger teaches her about solitude and letting go.


This film was the first project by Ohio Universities Immersive Media Initiative.

This film was the first project by Ohio University's Immersive Media Initiative.