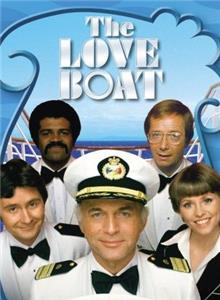 Love is in the air. Well, not only in the air, but also on the sea. Passengers who search for romantic nights aboard a beautiful ship travelling to tropical or mysterious countries, decide to pass their vacation aboard the "Love Boat", where Gopher (Fred Grandy), Dr. Bricker (Bernie Kopell), Isaac Ted Lange), Julie (Lauren Tewes), and Captain Stubing (Gavin MacLeod) try their best to please them, and sometimes help them fall in love. Things are not always so easy, but in the end, love wins and everybody leaves the dreamboat satisfied.


This series was based upon Jeraldine Saunders novel titled, "The Love Boats". She wrote the book from her personal observations while serving as a hostess on a cruise ship.

The former Pacific Princess was scrapped in 2013 at a Turkish ship recycling yard on the Aegean coast. She was forty-two years old, and was decommissioned in 2008. The Izmir Ship Recycling Company acquired the former cruise ship for 2.5 million euros (2.95 million dollars).

Two Princess cruise line ships regularly appeared as the Pacific Princess in the show. In addition to the real Pacific Princess, her sister ship, the Island Princess, stood in at times. Both ships changed ownership several times after the show ended, and were finally scrapped as of 2014-2015.

Gavin MacLeod (Captain Stubing), Bernie Kopell (Dr. Bricker) and Ted Lange (Isaac Washington) are the only actors to appear in every episode of the series.

After a highly publicized battle with cocaine addiction, Lauren Tewes (Julie McCoy) was fired from the show at the end of the seventh season.

Laugh tracks became very unpopular in the 1970s and 1980s, so much so, that shows like All in the Family (1971) and Cheers (1982) would announce that they were filmed before a live studio audience. This was the first show in several years that was not filmed in front of a studio audience, and still had a laugh track. When it was cancelled in 1987, it was the last show of its type to have a laugh track.

Aaron Spelling approached Dick Van Patten as his first choice to play Dr. Adam Bricker. He was already doing Eight Is Enough (1977), and was unavailable. The role was given to Bernie Kopell, a best friend of Van Patten's. Appearing as a guest star, Van Patten played several different characters over the course of the series.

Other ships used, especially for the two-hour episodes, were Stella Solaris, Pearl of Scandinavia, Royal Viking Sky, and Royal Princess.

Lauren Tewes was chosen over one hundred actresses for the role of Julie McCoy.

Lauren Tewes claimed the rest of the cast shunned her, after her termination due to issues related to cocaine addiction. She also says the media continues to stigmatize her and label her a cocaine addict, even though she kicked the habit thirty-five years ago.

The show ended due to slipping ratings in its previous seasons. It rated in the top 20 and it's highest ever rating was in the top 5. Things that could be attributed to the cancellation of the show, the budget blowing out, many of the cast leaving, and the expenses.