What could it possibly be like to be Rob Zombie? He's the rock and roll superstar monster who walks onto the stage night after night on tour turning

Behind the Player: Tommy Clufetos (2008) Online 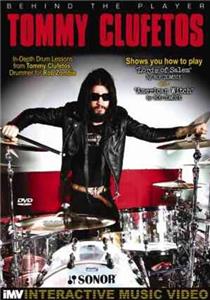 Behind the Player: Tommy Clufetos (2008) Online

Detroit basher Tommy Clufetos has played drums for Ted Nugent, Alice Cooper and currently Rob Zombie. Clufetos gives an intimate behind-the scenes look at his life as a professional musician - including rare photos and video footage. Clufetos then gives in-depth drum lessons for how to play "Lords of Salem" and "American Witch" by Rob Zombie and jams the tracks with Rob Zombie guitarist John 5 and Ozzy Osbourne bassist Blasko.