Behind the scenes on Jennifer Lopez` 2002 thriller, Enough.

Mario Lopez: One on One watch online


Music video for Jennifer Lopez`s hit single, Booty, featuring Iggy Azalea in the video and on the single, and Pit Bull on the album track from A.K.A. 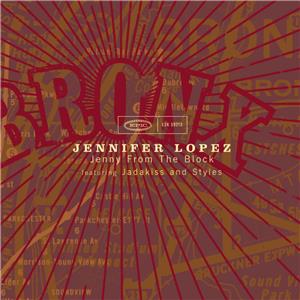 The video begins with surveillance camera footage of Lopez and Affleck in their apartment. Lopez is then shown dancing in the apartment to music on her Mp3 player, which is captured by the paparazzi. She is also seen performing the song (clothed in different outfits) amid bright lights on the streets of New York City with Jadakiss and Styles P. Separate scenes depict Lopez and Affleck on a yacht, sun baking, and swimming in the ocean. Footage of the couple having lunch at a restaurant and stopping at a gas station is also captured by the paparazzi. Lopez later visits a jewelry store, and sings "Loving You" in a recording studio. Finally, the couple are shown spending time together by a pool.

"Jenny from the Block" is a R&B and old school hip hop song, which lyrically is about Lopez not changing despite her level of fame and fortune, and never forgetting her roots and where she came from, The Bronx.

The song's music video also caused controversy. It featured Lopez and her boyfriend at the time, Ben Affleck, who later credited the video with nearly "ruining his career", in several raunchy scenes through the paparazzi's point of view.

The song has been referenced in popular culture and since its release, Lopez has been referred to as Jenny from the Block in the media.

The song peaked atop the Billboard Canadian Hot 100, becoming Lopez's third number-one there.

In the United Kingdom it peaked at number three on the UK Singles Chart.

During the production of the album, Affleck and Lopez were a prominent super couple in the media, and were dubbed as "Bennifer".

The overexposure from the media and public interest in their relationship resulted in less admiration for their work and negatively affected their careers, in particular affecting the video for "Jenny from the Block".

Channel 4 titled The 100 Worst Pop Records, the song was named the tenth worst song ever.