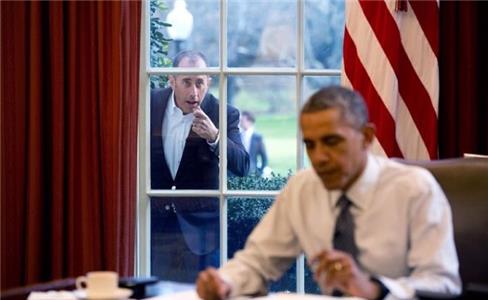 President Barack Obama and Jerry Seinfeld take a drive around the White House grounds in a 1963 Chevy Corvette Stingray.


The only episode in the series in which Jerry and his guest don't actually drive on any public road.

This is the first episode where Jerry Seinfeld hosts a non-comedian.