Set in a small town near the North Pole where roads lead to nowhere, the story follows Roman (DeHaan) and Lucy (Maslany), two burning souls who come


Intent on seeing the Cahulawassee River before it's dammed and turned into a lake, outdoor fanatic Lewis Medlock takes his friends on a canoeing trip


Set in a small town near the North Pole where roads lead to nowhere, the story follows Roman (DeHaan) and Lucy (Maslany), two burning souls who come


One night. Kwon persuades the boatman who has already done the job and starts to cross the river by boat. The boatman finds out that Kwon rode to see 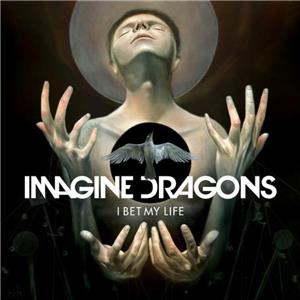 The beginning and end of the video take place at the Salt River in Arizona. A car is shown driving to the river. The occupants turn out to be the members of Imagine Dragons, and their relatives and friends. Somewhere else at the river, a boy in a shirt (Dane DeHaan) and a boy in overalls (Alex Neustaedter) are fighting at the waterbed. While walking away, Neustaedter eventually pushes DeHaan into the river, and it is implied that DeHaan swims away, while the former stares in shock. DeHaan is pulled towards a dam, in which he is sucked in. He lands in a house, and looks out the window and finds everything underwater. He finds a bed and goes to sleep. The next morning, DeHaan finds himself in a sailboat, and takes control of it. He tries unsuccessfully to avoid a waterfall, but ends up flying over the land in the boat when he goes over the waterfall. While looking over the boat, he decides to flip it over. He falls into a city, and a crowd is shown carrying him. They toss and turn him, ...


The track, written by band members Ben McKee, Daniel Platzman, Dan Reynolds and Wayne Sermon, was released as the lead single from their second studio album Smoke + Mirrors on October 27, 2014.

The band's network debut performing the track occurred at the American Music Awards (2014), where they received the award for Favorite Alternative Artist.

Lead singer Dan Reynolds has stated that the song is about his relationship with his parents.

On December 12, 2014, Imagine Dragons released the official music video for "I Bet My Life".

The video was directed by Jodeb and features actor Dane DeHaan.

Footage from the video featured in advertising by American automobile manufacturer Jeep at the American Music Awards, prior to the release of the video.

USA Today named it "Song of the week" during October 27-November 4.