CBS News tribute to Louis Armstrong. Scenes from his memorial service, including Peggy Lee singing The Lord's Prayer, were shown in addition to


This documentary tells the story of the street performers and artists who present their art on the most popular street in Miami Beach - Lincoln Road. 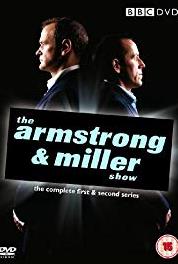 Alexander Armstrong and Ben Miller are back with their crack team of comedy writers and performers. A whole host of favourite characters return including Frank Dad, the Striding Man and the street-talking Second World War Pilots plus a raft of brand spanking new creations. Among them are The White Devil, a selfimportant ex-pat in Africa - roaming the back roads, saving lives and fixing his hair in the wing mirror of his 4x4; Jilted Jim, dumped at the altar but still on his honeymoon, turning the lives of other newly weds into a living hell; Dennis Lincoln-Park, an accident-prone culture buff, searching for the most valuable art works in the history of civilization; and Terry Devlin, a flamboyant high society hanger-on who masquerades as a BBC News Royal Correspondent.