Chris Brown performs with Juelz Santana in the music video "Run It!" from the album "Chris Brown" recorded for Jive Records. Chris Brown is in


O Mundo da Arte focuses on the work of artists of various areas. The objective is to make viewers comprehend their work, reflecting on the authors'


A behind-the-scenes look at the world famous Sundance Film Festival, featuring interviews with filmmakers and producers, previews of films coming to 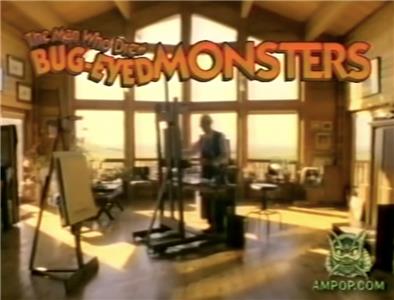 This fascinating and entertaining documentary celebrates the work of Reynold Brown, one of the most acclaimed movie poster artists of the Fifties and early Sixties, whose work colorfully encapsulated the nation's postwar social climate. The video illustrates scores of Brown's compelling posters - often interwoven with 'Coming Attractions' previews - for films such as "Attack of the 50 Foot Woman," "This Island Earth," "I Was a Teenage Werewolf," "Tarantula," "The Creature from the Black Lagoon" and "Monster on the Campus." Art critics, curators and authors as well as B-movie producers Roger Corman and Samuel Z. Arkoff discuss Brown's work in an art historical and social context, discussing the artistry of posters often more memorable than the films themselves.