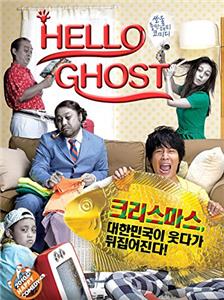 After a failed suicide attempt, Sang-man wakes up in the hospital with the ability to see ghosts. He bumps into four ghosts who keep following him everywhere he go. He then reluctantly works to fulfill all their wishes to make them leave him for good. On his way to help the ghosts, Sang-man meets nurse Yun-soo and attempts to win her heart.