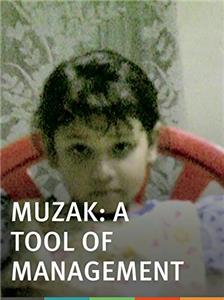 Prior to releasing the Academy Award® -nominated documentary THE ACT OF KILLING, American filmmaker Joshua Oppenheimer spent over a decade in Indonesia interviewing members of the Death Squads that murdered hundreds of thousands of people in the anti-communist purges of 1965 and 1966. MUZAK: A TOOL OF MANAGEMENT is an early attempt to confront that legacy. Pak Sinaga, a death squad leader during the massacres, displays the same pride in his work (killing Communists as if they were livestock) that we see in THE ACT OF KILLING but, for this brief short, Oppenheimer creates a jarring contrast between the violence described in the subtitles and the innocuous, blandly upbeat Muzak soundtrack. This experimental film considers the dehumanization of labor, whether it is an act of killing or an act of commerce. - Sean Axmaker