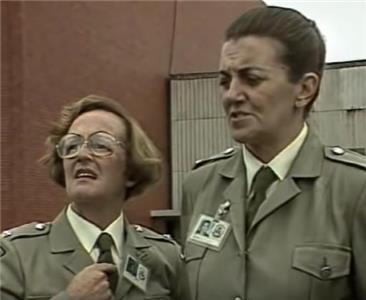 Marie denies attacking Reb, but is sent to solitary anyway. Shane and Nicky are rescued from the storm drain, but the police diver drowns in the rescue attempt. Judy and Myra realise Joan set Dot up to make it look like she poisoned the staff room tea urn. A new camp cook, Ray Procter, arrives. Marlene mocks him and starts pinching things from the kitchen. Rachel berates her but it turns out anything she hasn't stolen, Ray has. At the VJ hearing, Joan gives evidence against Marie and extra time gets added to Myra, Bobbie, Dot, Reb and Marie's sentences. Heather tells Dennis she thinks Joan doped the urn. Joan takes Reb to the shower block and keeps watch while Marie bashes her. When Heather finds her badly injured, Reb claims Joan did it. Marie scales the fence during exercise period and makes a spectacular escape from Wentworth aboard a waiting helicopter. {locallinks-homepage}


One of the most spectacular & over the top escapes in Prisoner history.