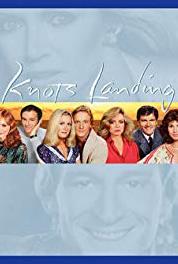 Jason's father beats him. Anne and Nick take the suitcases to a luggage store and call in a bomb threat. Tom, one of the investigators, notices the suitcase is Anne's. He takes it, and with the money buys a one way ticket to Brussels. Anne and Nick go to Tom's apartment, but discover he's gone. Linda sucks up to Alex, who works for Calloway. Alex tells Calloway that Sumner Group is ripe for a takeover. Val tells Karen that Gary is messy and smells like a barn. The maid tells Gary that Val left and said she'll be back when "hell freezes over." Kate tells the hospital that Paige is her cousin so she can see Greg. Greg is very happy to see her. Claudia finds out that a liver is going to another patient. Since she's not yet in Greg's will, Claudia tells them if Greg lives, he will donate money for a new wing, so they decide to give the liver to Greg.