Evil Swiss mercenary Frankl Naft plots to destroy the city of, wherever they are. Only the American Sumo, Buck McMaan has the 'gut' to stop him.


A female sumo wrestler fights against tradition and stigma to win her place in the ring. 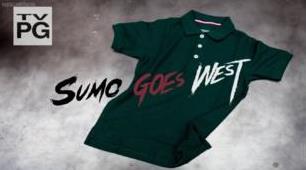 Clarence learns his best friend Sumo may transfer to another school! It's up to Clarence to protest, petition and rally to convince everyone to let Sumo stay - or face losing his closest school pal!


Highest rated episode of the series