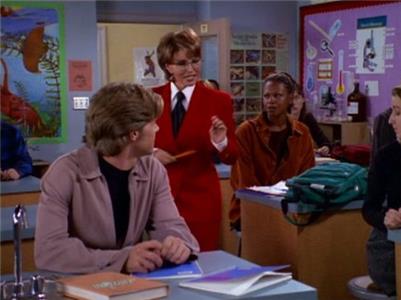 Sabrina visits an aunt in Pleasuredome---a realm where every wish is granted---and decides to stay for good.


The title is based upon the TV series Trečias luitas nuo saules (1996).

Sabrina wears two of her opening credits outfits in the actual episode. The Breakfast at Tiffany's look when she comes back from Paris and the Clueless look (which was the last credits look from episode 1x02) when she arrives at the pleasure dome.

Opening Costume Change: Sabrina wears army camouflage. She says, "It's camouflage, I am over here."