A guy meets the girl of his dreams on the way to work. The only problem is that she's on the opposite side of the subway tracks. How can he hope to


Two sisters struggle with what it means to be a mother. One after the sudden loss of her baby, the other with her own inability to care for her young


A man finds himself locked up in the dark. But when he began to try to get out, he never would have thought that he was about to face his worst


Home-schooled no more, an awkward teen girl must face her sexual identity as public school bullies label her a "whore."


A documentary about hope and struggle in the fight against HIV/AIDS in South Africa.


A group of preteens and teens mislabeled as thug cope with inner city life. This film gives great insight to young people's challenges.


Jhovanny has wrestled with himself since the first grade, whether it was to be perfect at whatever he did, or battling with depression. This film 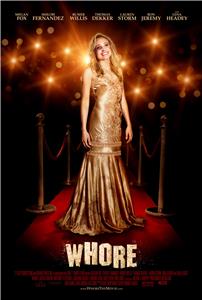 Caught between reality and hallucinations, hopelessness and hope, intoxication and sobriety, Thomas Dekker's new film "Whore" explores the dark side of people's inability to let go of their dreams even in the face of the harshest life. A large group of teens living on the streets of Hollywood and selling their bodies to stay alive struggle with the movie business that continues to slam one door after another in their face. The film dives deeply into their mental escapes and fantasies, the only thing that can relieve them of the dire situation they've found themselves in and the toll that futureless hope can take on their friends, family, and most importantly...themselves.


None of the actors were given the full script, or much indication of what the whole film was. The actors were given only their scenes. This was done because many different styles and genres play throughout the film and Thomas Dekker did not want the style of one scene to interfere with another.

Much of the film stars non professional, non S.A.G. actors and this footage was obtained during the latter part of 2007 while Thomas Dekker was simultaneously acting in the television series Terminaator: Sarah Connori kroonikad (2008). The scenes with professional actors were filmed during the spring/summer of 2008.

Some scenes were filmed with a full crew in sound stages, others were shot with just the actor and the director shooting the footage himself on a hand-held camera.

The film was shot with many different cameras on many different stocks including 35mm, 16mm, 8mm, HD, 24p digital camera and a Canon photographic camera.